In this 4 Days & 3 Nights Tour From Marrakech to Merzouga you will cross Tizi n’Tichka in the High Atlas mountains. You will pass through the breathtaking landscapes of the Dades Valley and its impressive Gorges. In the desert, you will experience a night camel trek in Merzouga, have a cup pf tea with a nomad family, visit Ouarzazate and its studios, and explore the Kasbah Ait Ben Haddou which is declared as a UNESCO World Heritage Site.

In the early morning, we will leave the hotel towards Dades Valley. Along the way, we will stop to enjoy some panoramic views from Tizi-n-Tichka mountain pass. We will also stop in Telouet to visit the Kasbah of ‘Pasha Ethami El-Glaoui who was a powerful Berber chieftain. As we explore El-Glaoui’s Kasbah, we will continue our way to another beautiful Kasbah called the Kasbah of Ait Benhaddou, a UNESCO World Heritage Site. This fortified village is a famous Kasbah not only locally but also globally for it serves as the setting for many international films such, Gladiator, Prince of Arabia, the Mummy, Jewel of the Nile and so many others. As we have lunch in a close restaurant to the Kasbah, we will head to the Hollywood of Africa, Ouarzazate. In this touristic city, we will visit the Kasbah of Taourirt and the cinema studies where many movies have been shot. Then, we will across the oasis of Skoura and the Valley of the Roses before reaching Dades Gorge where we will have dinner and spend the night.

After breakfast, we will explore Dades gorges before leaving towards Merzouga which is considered to be the heart of the Moroccan southeastern desert. On our way to Merzouga, we will pass through a number of traditional towns such as, Tinjdad, Jorf and Erfoud which mark the beginning of the Saharan oasis of Tafilalet. As we reach Merzouga, we will rest a bit in the hotel before riding the camels across the desert to sightsee a spectacular sunset on top of a sand dunes. After that, we will ride the camels again to a bivouac where you will spend an unforgettable night full of Berber drums music, singing and dancing. Night will be spent in the bivouac.

We will wake you up early to see a breathtaking sunrise in the middle of the desert. Then, we will ride the camels back to the hotel in Merzouga to have breakfast and take a shower. As you get ready, we will drive to the Hollywood of Africa, Ouarzazate, through Draa valley and different Berber villages like, Kalaat M’gouna, Boumalene Dades, Agdez, and Skoura. In the evening, we will be in the doorsteps of Ouarzazate in which we will spend the night.

After breakfast, we will travel from Ouarzazate to ‘the red city of Morocco’, Marrakech. First, we will drive to the Kasbah of Ait Ben Haddou that is a UNESCO world heritage site. This fortified village is a famous Kasbah not only locally but also globally for it serves as the setting for many international films such, Gladiator, Prince of Arabia, the Mummy and so many others. As we explore the Kasbah, we will head to Marrakech vie Tizi n Tichka mountain pass which reaches more than 2260m. Late in the evening, we will reach Marrakech. 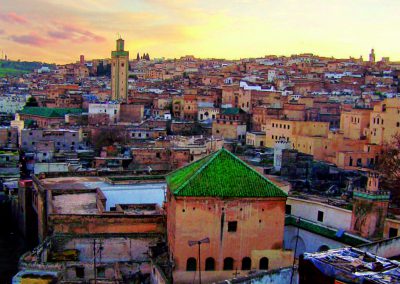 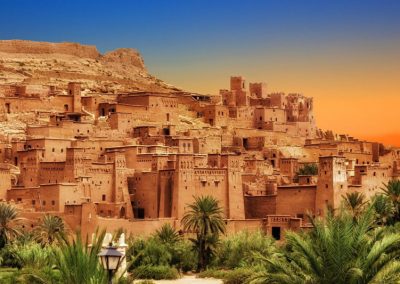 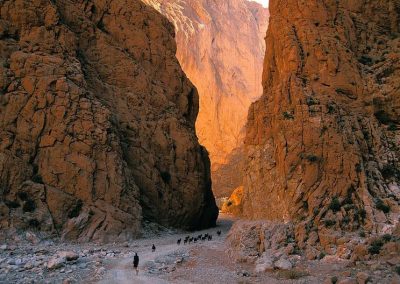 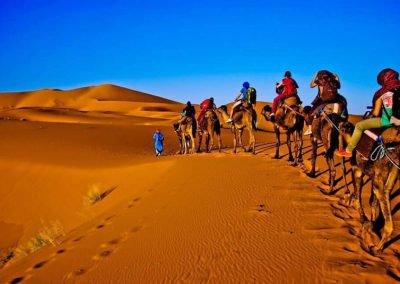 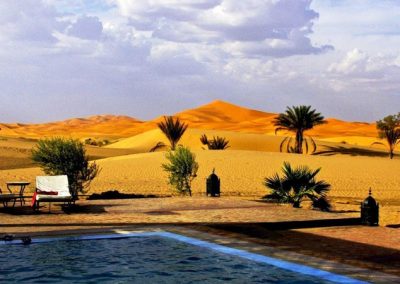 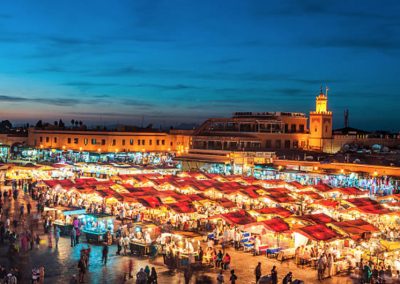